We Want to See Jesus

In the days leading up to the crucifixion, some men wanted to see Jesus. They did not approach him directly but instead sought to use Philip as an intermediary. We cannot be sure, but perhaps they felt uncomfortable, as Greeks, to approach Jesus. Philip, having a Greek name, seemed like a possibility.

We do not know why these men tried to see Jesus. Some men wanted to see him so that they could worship him. While others, like Herod the Great, felt the need to eliminate perceived competition. Zacchaeus had to climb a tree so that he could see Jesus.

Why Do We Want to See Jesus?

Just as it was in Jesus’ day, there are many reasons why people want to see him. For some, it is a matter of immediate urgency. There is illness, a broken relationship, a financial crisis, and many other things. Perhaps, they have tried everything else, and Jesus is the last resort.

Do you remember the weeks following 9/11? Churches experienced a significant but temporary increase in attendance. People were seeking answers, and many were afraid. As a pastor, I witnessed many people who demonstrated a halfhearted commitment to Christ. When things were going well for them, they made themselves scarce, but when they had a problem too big for them to solve, we could count on seeing them at church.

Still, others gave Christ a lower priority in their lives than other passions. Living on the West Coast, the early Sunday NFL games would begin at 10 AM. If the home team was playing a team from the East, I could predict those who would not be in church that day with a high degree of certainty. 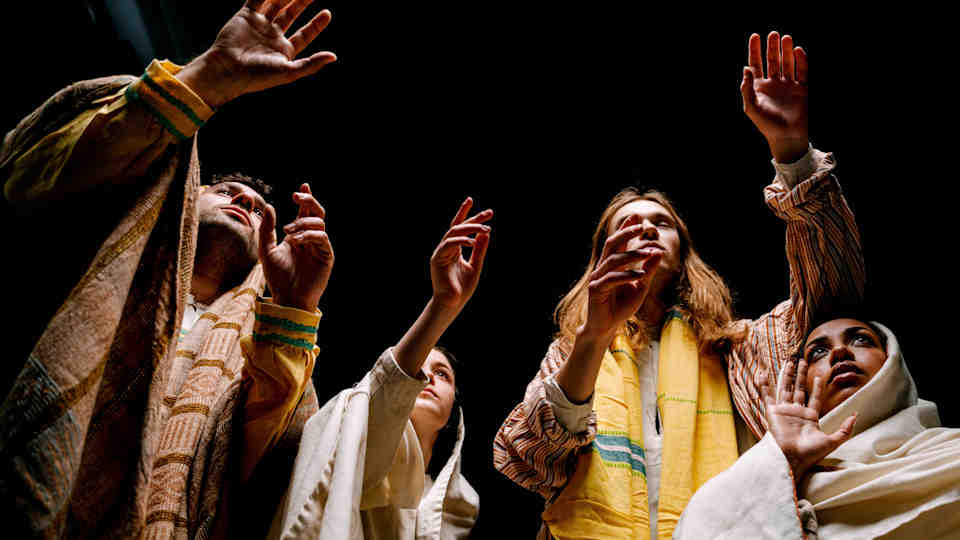 Is Jesus a problem solver? Is he someone we can turn to when we have nothing better to do? Perhaps we see him as our ticket out of hell. Is it possible to have an encounter with Jesus Christ, that is, to really see him and not be changed?

A genuine encounter with Jesus will be transformational. When Isaiah saw the Lord, he immediately recognized his dire condition. John tells us that “God is light” (1 John 1:5). When we are exposed to God’s light, nothing will remain hidden. Our flaws, our sins, and our habits become visible.

Not everyone who proclaims that they want to see Jesus understands what they are asking. It is like going to the doctor looking for a remedy to a specific problem but opening ourselves up to Jesus will inevitably reveal more than we perhaps desired.

It is distressing when our sins are revealed to us, but it is terrifying to learn of the cure. With Isaiah, God used a Seraphim with a piece of coal from the altar. The angel touched Isaiah’s lips with the red-hot coal and declared, “See, this has touched your lips; your guilt is taken away and your sin atoned for.” (Isaiah 6:7)

Although we may readily embrace baptism with the Holy Spirit, John the Baptist declared that Jesus would also baptize us with fire. As someone once said, “That will leave a mark.” We are trying to point out that no one can indeed come to Jesus and see him without being changed.

Oh, that we might embrace God’s refining fire as preparation for what lies ahead. With Isaiah, it resulted in the willingness to go wherever God wanted to send him. The fire represents preparation for everything that God has in store for us. Peter writes about our “living hope,” “an inheritance that cannot perish,” and the “coming of the salvation that is ready to be revealed in the last time.”

We are excited, and we rejoice, even in the face of “suffering through various trials.” We welcome these trials because: “These trials will show that your faith is genuine. It is being tested as fire tests and purifies gold—though your faith is far more precious than mere gold. So when your faith remains strong through many trials, it will bring you much praise and glory and honor on the day when Jesus Christ is revealed to the whole world” 1 Peter 1:7 (NLT).

In John’s Gospel, there is no indication that the men who came and asked Philip to give them an introduction to Jesus received an audience. Again, we have no idea why they wanted to see Jesus. One of them might have needed a miracle. Perhaps it was curiosity, but possibly they were just a moment too late.

Jesus’ life and ministry were at a transition point. When Andrew and Philip brought the request: Jesus replied to them, “The hour has come for the Son of Man to be glorified. Truly I tell you, unless a grain of wheat falls to the ground and dies, it remains by itself. But if it dies, it produces much fruit.” John 12:23–24 (CSB)

Jesus was now in Jerusalem. His crucifixion was days away. The Greek men had no way of knowing how events would unfold in the next few hours. We do not know if they ever gained a saving knowledge of Christ or missed it because they waited too long. Shortly before this event, we read: As Jesus came to the city and observed it, he wept over it. He said, “If only you knew on this of all days the things that lead to peace. But now they are hidden from your eyes. Luke 19:41–42 (CEB)

Jesus is more than a problem solver. He is not a novelty to be viewed with curiosity. People may want an audience with Jesus for many reasons. But do not hesitate. Simply fall at his feet and worship him. He is the King of kings and Lord of lords. Seek him now before it is too late.